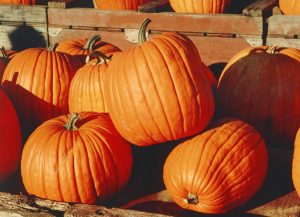 There are a lot of things that we do only because the rest of the world is doing it.  We need to give through to some things and search the bible so that we know what is acceptable by Gods Standards. Halloween is one of those things and I feel the need to post this article a bit sooner than on Monday when I usually do.  The world sees it as harmless fun and Christians follow along as well and participate in it.  Kids dress up as ghost and go door to door for candy.  Adults go to work in costumes and go to Halloween parties to celebrate. But should Christians participate in it?

From my research, the origin of Halloween goes back to ancient pagan festivals from 2000 years ago celebrated by Celtic people.  The Celtics believe that the dead could walk with the living on this day and you would be able to visit them during Halloween.  The Celtics did not want to spirits that were wondering to bother them so they wore costumes that make them appear like ghost.  Other people offered the spirits sweet treats in order that the wondering spirits would leave them alone.  Over the years the costumes evolved to include vampires, werewolves, witches and zombies which are can all be connected evil spirits.   One of the most noticeable items related to Halloween are Jack-o-lanterns.  During medieval times, people would go door to door asking for food in return for a prayer for the dead. They would carry with them turnip lanterns that were hallowed out.  In those lanterns there was a candle which represented a soul trapped in purgatory.  The lanterns were also used to ward off evil spirits.  Over time they started using pumpkins instead of turnips because they were easier to hollow out and carve.  Given these details on the origin, Lets see what the bible says about it.

What Does the Bible Say About These Things?

1. The Bible says that we should not consult ghost spirits or those who are dead.

There shall not be found among you anyone who makes his son or his daughter pass[a] through the fire, or one who practices witchcraft, or a soothsayer, or one who interprets omens, or a sorcerer, or one who conjures spells, or a medium, or a spiritist, or one who calls up the dead. For all who do these things are [b]an abomination to the Lord, and because of these abominations the Lord your God drives them out from before you. (Deuteronomy 18:10-12)

2. As I mentioned in the origins above, I mentioned that they offered sweets to ghosts and demons in exchange for them not to bother them. But the verse below says that you can not have fellowship with demons and drink from the Lords cup at the same time.

Rather, that the things which the Gentiles sacrifice they sacrifice to demons and not to God, and I do not want you to have fellowship with demons. You cannot drink the cup of the Lord and the cup of demons; you cannot partake of the Lord’s table and of the table of demons. (1 Corinthians 10:20-21)

3.Through Halloween, they believe that the dead are conscious of what is going on earth. But the bible says differently.

For the living know that they will die; But the dead know nothing, And they have no more reward, For the memory of them is forgotten. Ecclesiastes 9:5

4. You cannot fellowship with darkness and light. God is calling his followers to leave the practices of the world and hold fast to the teaching of the Lord.

Therefore “Come out from among them. And be separate, says the Lord. Do not touch what is unclean, and I will receive you.” 2 Corinthians 6:17

5. As this verse is about spiritual warfare it clearly highlights the battle that we should be in against the wickedness. We should not fellowship in any manner (seriously or in fun) with the darkness.

For we do not wrestle against flesh and blood, but against principalities, against powers, against the rulers of [c]the darkness of this age, against spiritual hosts of wickedness in the heavenly places. (Ephesians 6:12)

How Should We Respond

It is really difficult in this world when we know that everyone else is going in another direction and you know that God’s word says to go a different way.  As Christians we have to be bold with our convictions and draw the line where we will not cross.  I know of a lot of churches who open their doors on October 31st and have an Halloween alternative for the kids in the neighborhood.  Some churches call it Hallelujah Night.  The church have fun activities, games and candy for the kids in the neighborhood. By doing this we can encourage the kids to have fun and dress up in costumes that are not demonic or scary, still get candy and have fun all in the church.  My opinion is to allow the kids to still dress up in costumes like a fireman, princess or other non demonic costumes.  And this evening is not about scaring people and fear but having fun in a Godly atmosphere.  Please share your thoughts below in the comments if you have any other ideas for October 31st.  I also want to remind you that the Faith Fight podcast will be releasing soon.  We will cover topics similar to this and I don’t want you to miss it.  Click here to subscribe to my notifications so that you will know when the first episodes are released.